Before you go "ewwww" hear me out on this one.  I was skeptical about using zucchini instead of apple.  But the thing is, we eat keto here and I've kind of missed fruit.  I don't make "keto desserts" usually so this is a once in a while treat. I didn't even tell Doc what it was until he ate it and told me it was delicious.  When I told him zucchini he was shocked! 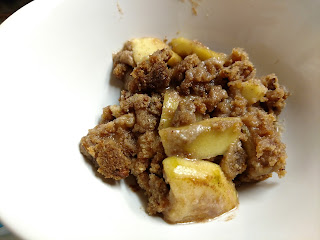 Our garden is producing a massive amount of zucchini this year so I've been looking for creative ways to use it up.  I've also given a bunch to friends, family and neighbors. 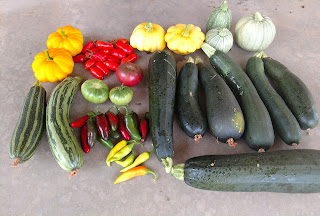 I found this amazing recipe for mock apple crisp.  I followed the original recipe and it was delicious but I'm going to make a few "tweaks" next time. 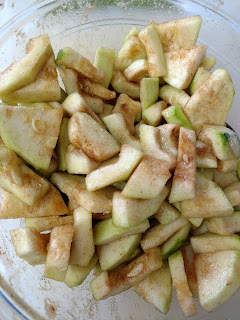 In medium bowl, combine zucchini, lemon juice, sweetener, cinnamon and nutmeg until well blended. Pour mixture into a greased 9 x 9-in. baking dish.
For topping, combine pecans, almond flour, sweetener and cinnamon in a bowl then cut in butter until crumbly. Sprinkle over the zucchini mixture.
Bake at 350 F for 45-50 minutes or until zucchini is tender.


TIPS:
-I don't eat a lot of keto sweeteners so I'm going to cut out a bit next time I make this.
-You can probably use any zucchini but I happen to be growing Ronde De Nice so it worked really well
-Scoop out a bit of the center of the squash.  This is the part that gets more mushy and watery


If you decide to make this recipe, please stop back by and let me know what you think!
-Mary

If you have additional questions please give us a call or email
MARY@MARYSHEIRLOOMSEEDS.COM

Hi Mary!
My Gram used to make mock apple pie…although she used all the sugar and flour. I need to reduce my carbs so this looks like a great recipe to try! Found this recipe on your hop Tuesdays with a Twist and would love to have you share this on Farm Fresh Tuesdays!
https://www.theselfsufficienthomeacre.com/2019/05/farm-fresh-tuesday-blog-hop-week-1.html